Married Couples Should Update Their Will to Avoid Medicaid Misery 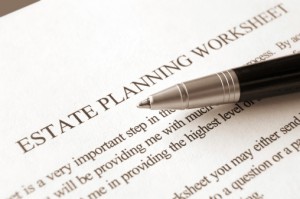 Many married couples have no Will.  If they have decided to leave everything to their spouse, then split their assets equally among their surviving children after they both die, they don’t necessarily need one.  This path of inheritance is the normal distribution under many states “intestacy statute” (the law setting forth the distribution of the property of a decedent with no Will.)

Unless a couple has multiple children and wishes to name a particular child as their executor/executrix (versus one of the other children) there probably won’t be any difference in who gets what, regardless of whether they created a Will.

Once one spouse is enrolled in the Medicaid program, however, all of this changes.  For example, if the at-home spouse dies before the spouse in a nursing home, then all of the assets of the at-home spouse will pass into the name of the other spouse.  Since Medicaid limits the assets of a recipient of Medicaid benefits, this most likely will cause the nursing home spouse to become disqualified because they have too much money and are considered “over-resourced.”

Some (or even all) of the asses that come from the at-home spouse may be exempt under the Medicaid program.  For example, if the nursing home spouse used to reside in the home, then that home would be an exempt asset and would not cause qualification.  The same rule applies to personal property and possibly even the couple’s car.  Money is the bank would clearly be a problem, if it pushes the nursing home spouse above the Medicaid limit.

How a new will can help protect assets

Of the spouse living at home has a new will made, it may be possible to eliminate (or at least minimize) the ability of the state to recoup.  This process can get complicated.  It is not as easy as bypassing the nursing home spouse entirely and just leaving everything to the children because, under the laws of every state, a surviving spouse has the right to a certain portion of the estate of their deceased spouse, regardless of the terms of the will.  In some states, this portion is one-half, in others it is one-third and so on.  In these situations, the state would treat the nursing home spouse as if he/she received the one-half (or one-third) and then gifted it to the persons  who actually received the money under the Will (usually the children).  This gift is considered a disqualifying transfer, resulting in a penalty period that can be many months long, and during which Medicaid will not pay for the expenses of the nursing home spouse.

As you can see, there are many parts to this situation, and you need an experienced Medicaid planning attorney to draft the at-home spouse’s Will.  Please call us at 3314/962-0186 to schedule your appointment today.